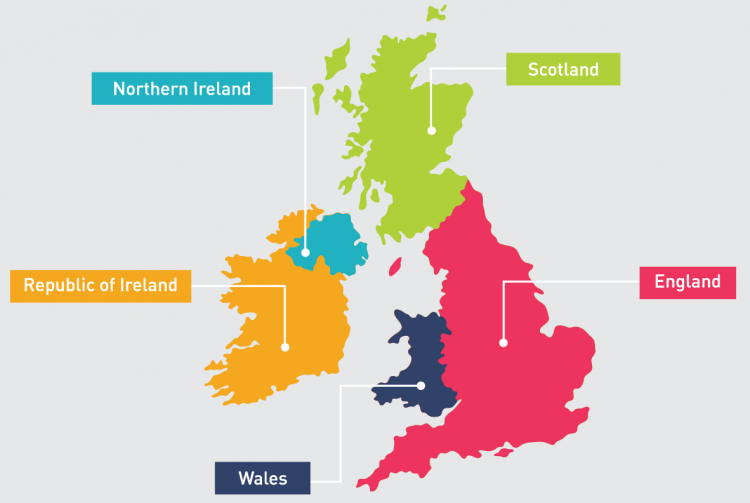 Let’s start off by establishing some basics. The terms United Kingdom, British Isles, and Great Britain are used interchangeably, especially by people who don’t live there, so take a good look at the venn diagram below and make sure you know what the parts all are. Generally speaking, the British Isles simply describes a geographical region consisting of a group of islands called an archipelago. The British Isles sit  in the North Atlantic Ocean off the north-western coast of continental Europe. United Kingdom is a sovereign country, meaning that it is represented by one government that has authority over a geographic area. England, Scotland, Northern Ireland, and Wales are countries within the United Kingdom. Wales and Scotland have their own form of government but are still ultimately subject to the UK government. Ireland is split in two with the larger portion not being part of The United Kingdom but its own country. Northern Ireland is variously described as a country, province, or region and it also has a government but is also subject to the UK government. Great Britain refers to the main island, also a geographical region. There are various islands around the region some of which are part of Great Britain and some of which are not (for another day). 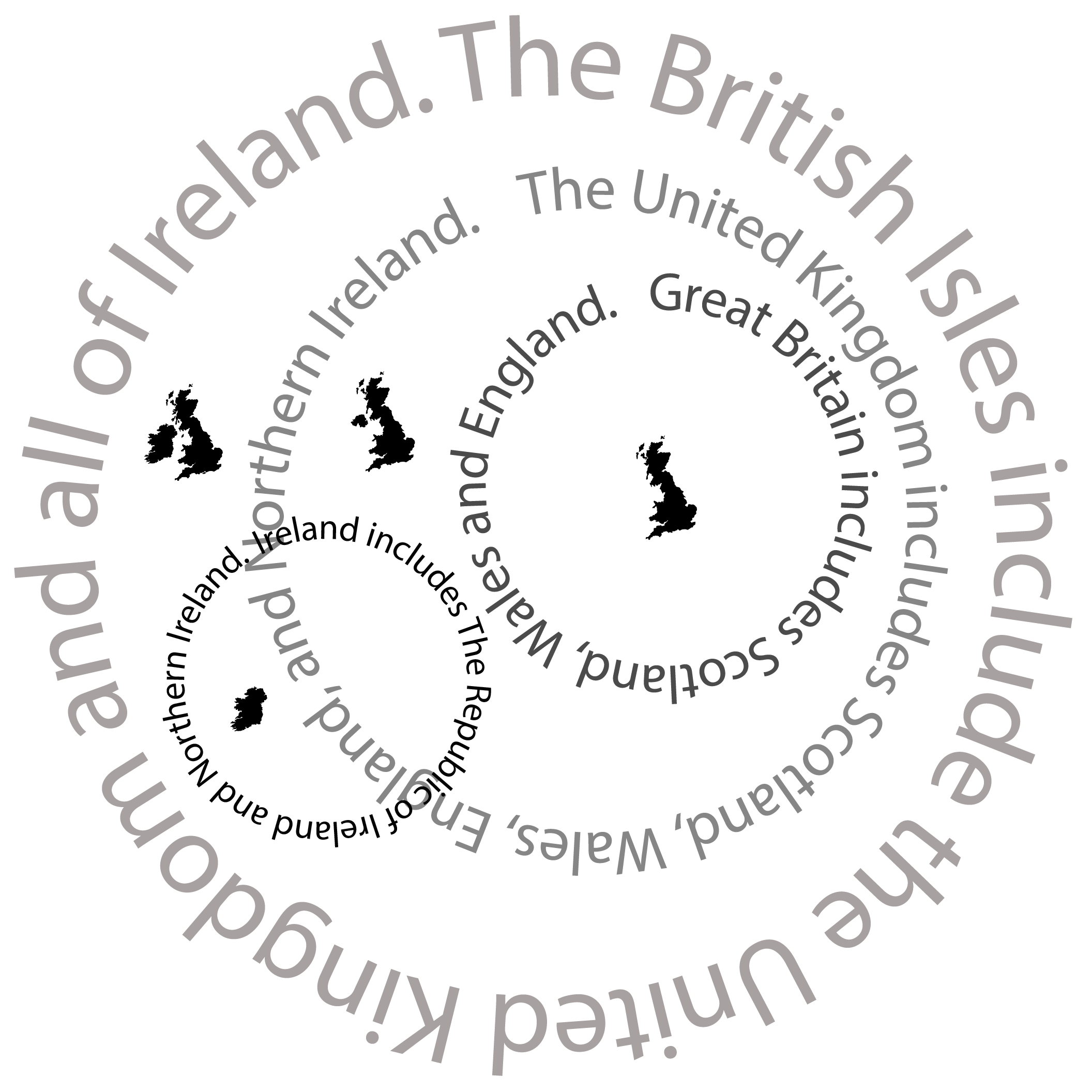 Also, here are some flags. There are a lot of flags for this small archipelago. The flag of the UK is called the Union Jack. It is a red, white, and blue flag in which are combined the Crosses of St. George (England), St. Andrew (Scotland), and St. Patrick (Ireland), but not the Welsh dragon.  Ireland has its own flag but Northern Ireland itself doesn’t, although it once did. NI uses the Union Jack as it’s flag. 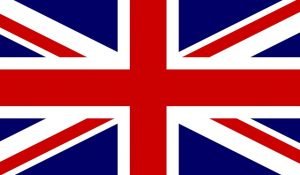 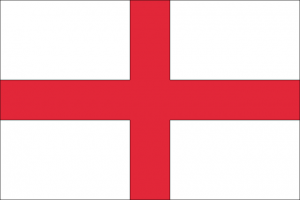 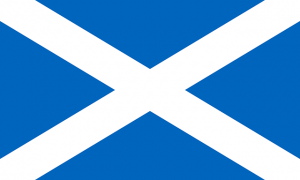 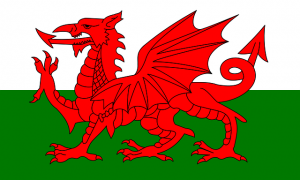 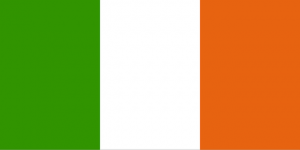 Note the spelling here. We are learning about counties, not countries. The states in the USA also have counties. Most countries have counties or something similar. We are going to only focus on the counties in the middle part of England, The Midlands.

A county is a geographical region of a country. Most non-metropolitan counties in England are run by county councils and are divided into non-metropolitan districts, each with its own council. Local authorities in the UK are usually responsible for education, emergency services, planning, transport, and social services. The term county is derived from the Old French conté denoting a jurisdiction under the sovereignty of a count.

When the Normans (French) conquered England, they brought the term with them. The Saxons had already established the districts that became the historic counties of England, calling them shires. Many county names have the word “shire” added on: for example, Staffordshire, Warwickshire, Lincolnshire, and Worcestershire.

Learn them here and then test yourself.

Label the Counties of the East and West Midlands on this map.

City status in the United Kingdom is granted by the British monarch to some communities. Becoming a city is not automatic, but many people think that any town that has a cathedral is a city. This is because Henry VIII built cathedrals in six English towns and made them cities.

A city council does not have any more powers than a borough or district council. Some city councils (like Ripon) are only parish councils, so have very little powers at all.

Most, but not all, counties have a city.

Some things that make a city are:

Note. In American English, people often call all places where many people live cities. The word city really doesn’t mean the same in the USA as it does in most other countries.

There are five cities in Northern Ireland, five in Wales, six in Scotland, and fifty in England (some lists vary by one or two. Don’t sweat it.)

The capital cities are:

Another city more than worthy of mention is Birmingham.

Read here and here about some of the things that makes Birmingham special. No-one should ever mention Birmingham without talking about the Balti Belt. Prepare to be amazed, and hungry.

Population density map. There are a lot of other interesting things on this map. Try selecting some different variables. You can see which cities have the most immigrants or highest average levels of college education for example. Both London and Manchester are listed as Greater London and Greater Manchester. This means they are cheating a bit calling themselves cities as they include a wider urban area. It’s a bit like referring to the whole of the West Midlands county as Birmingham…. but if it makes them feel special let them go ahead I say.

Test yourself on the major cities of the UK here.

Here is another cities quiz.

Topography is the study of the shape and features of the surface of the Earth and other planets. The topography of an area could refer to the surface shapes and features themselves, or a description or depiction in a map.

England comprises most of the central and southern two-thirds of the island of Great Britain, in addition to a number of small islands of which the largest is the Isle of Wight. It is closer to continental Europe than any other part of mainland Britain, divided from France only by a 33 km (21 mi) sea gap, the English Channel. The 50 km (31 mi) Channel Tunnel, near Folkestone, directly links England to mainland Europe. The English/French border is halfway along the tunnel.

The UK is known for its rolling hills and mountains, its incredible coastline, and its waterways which include not only beautiful rivers but a larger canal system than Venice (and Venice is famous for its canals). That’s Birmingham again with the canals – lots and lots of canals.

Open up Google Earth or use this link (in the Chrome browser) and take a look at the topography of the United Kingdom.

Most of the above are physical features but one is a human feature (the canal).

Features are created by both natural forces and by human forces, On the basis pf these two forces the geography is divided into two broad categories: Physical Geography and Human Geography.

Features that are created by natural forces are mountain, valleys, ridges, hills, and rocks etc…

Features that are created by humans include roads, bridges, dams, reservoirs, factories, and big buildings etc…

Use Google Earth, Google Maps, or any other resource to locate features below in the British Isles. The first has been done for you.

Are these geographical features of the British Isles human made or physically made by natural forces? 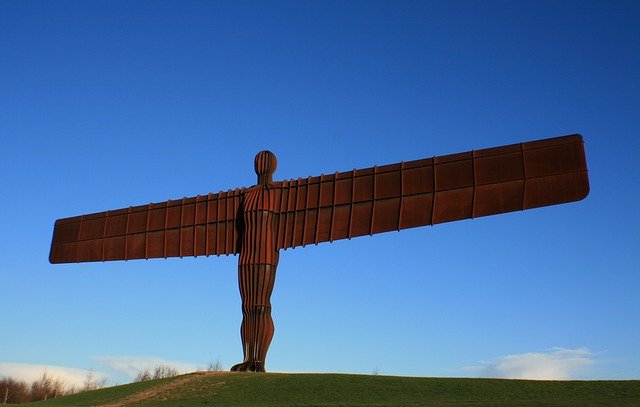